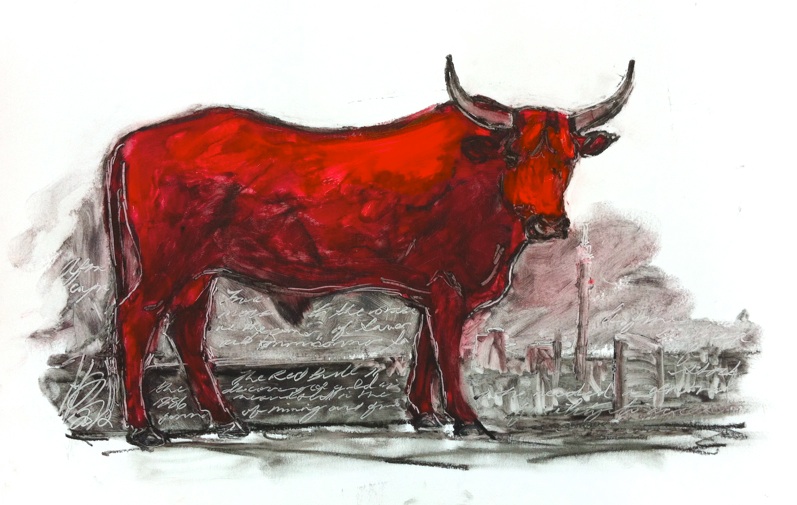 One of the most consistent sources of inspiration for my work as an artist, a writer and as a strategist is a blog called Brain Pickings. If you haven’t discovered it yet (and it’s hard to imagine you haven’t), you are missing out on a little shot of intellectual Vitamin B every day.

The central organizing idea behind Brainpickings is that of combinatorial creativity. As Maria Popova, the brains behind the initiative explains:

It’s our ability to tap into the mental pool of resources — ideas, insights, knowledge, inspiration — that we’ve accumulated over the years just by being present and alive and awake to the world, and to combine them in extraordinary new ways.

My own experience bears this out. My use of lipstick was born out of randomness and chance, a combination of boredom, procrastination – doing anything to not work on my PhD thesis –and the fact that lipsticks and pieces of thick shiny cardboard called Triplex were lying around my cottage. If my ex-husband had not been an architect who used the board to make models, I would not be one of very few people in the world using lipstick to create art today. 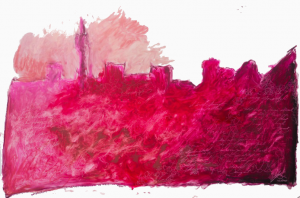 So many stars needed to be aligned for the paintings on exhibition in Braamfontein to exist at all. If I hadn’t come back from Sydney, hadn’t got involved in a campaign to market a car, and the colour allocated to the campaign hadn’t been bright pink, it would never have occurred to me to attempt a painting of a cityscape in lipstick of all things. 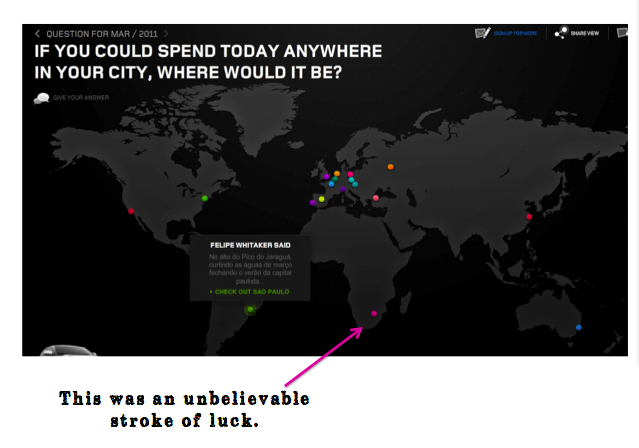 The influences within the work itself have been multiple over the years, everything from Greek mythology and Kipling to William Kentridge and the concept of palimpsest, which I learned in art class when I was 13 and have never forgotten. The Nguni cattle are probably the best example of the principle at work: think pop art meets 18th century animal portraits meets 19th century naturalists’ notebooks meets social history. 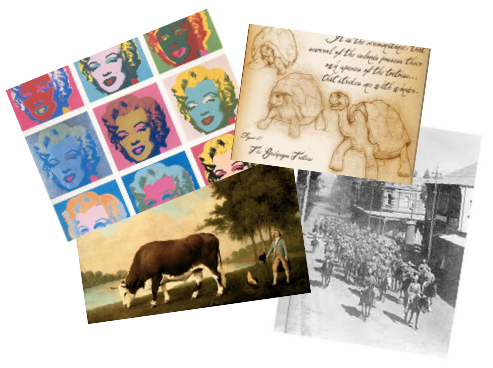 I attribute my interest in Ngunis to the cowhide rug in my studio and my beloved bead and wire cattle bought years ago from a uniquely talented Zimbabwean who sold them next to the William Nicol before the Metro Police chased him away. Sooner or later, everything I encounter ends up in the art in one way or another, from street names and sardonic observations to current events and particle physics. The curling patterns in this work draw on images from particle accelerators I saw in the World Book Science Year annuals in the 1980s. I created this painting featuring the Johannesburg skyline specifically for a talk I’m presenting at the end of the month, the result of a chance encounter over a duck roll, and it is that talk in turn which inspired my thinking on the connectedness of things. 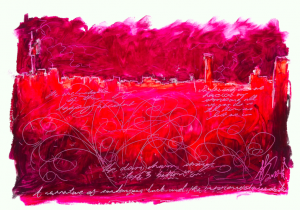 I spend much of my term working alone, and though the city is my muse, I long for the opportunity to connect with other minds. Just reading Brain Pickings makes me feel creative, alive to the possibility that there are new ideas to be born just out of bringing two or more interesting things together. Popova has described herself as a curator of interestingness, and as a criterion for inclusion, that makes perfect sense. Too often, we filter out what is interesting on the grounds that we only have enough time to pay attention to what is useful. And yet, as it turns out, it’s often those random snatches of intriguing information, the ones that don’t have any obvious purpose, that end up catalysing the work that resonates the most – which is also the work that matters.

Nearly ten years ago, painting with lipstick was a ridiculous and eccentric way to pass the time. Today, I stand on the cusp of an art career. In the magic of randomness and the strange connectedness of things, we never know what will lead to something else. When I walk around that space filled with my work and marvel that it exists at all, I know this only too well. 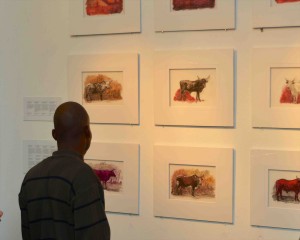