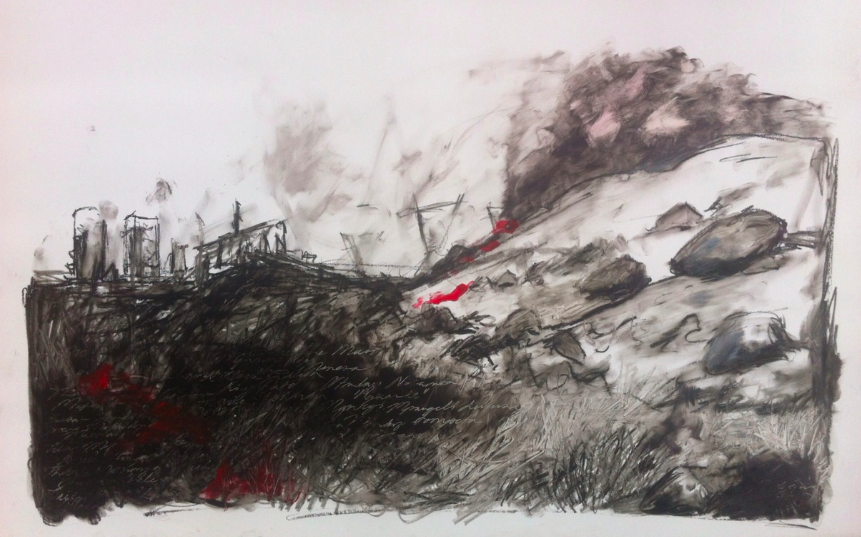 Friday 16 August was the anniversary of the Marikana massacre in which a total of 44 people died, 34 of them shot by the police. Marikana, with its hopelessly entangled competing forces, the difficulty of separating innocence from culpability, and the fact that nobody has taken responsibility for what was a ghastly mess, a toxic combination of cynicism, self-interest, desperation and bad decisions. Marikana is many bleak shades of grey splashed with vivid blood.

I have filled this painting with the names of the dead, but it is the living who will go on suffering. If you would like to help, you can visit this site started by Citizens4Marikana, which is campaigning for recompense for the victims.

A note on technique: I used mostly eyeliner for this because I wanted lots of spiky, angry, tangled lines. In the end, I had to layer over black paint (that is, lipstick), because it’s impossible to write into eyeliner. The red is from a long-lasting lipstick given to me for a Women’s Day commission by L’Oreal. I like its intense colour (which isn’t accurately captured by the iPhone camera) and the fact that it dries quickly.

One thought on “Marikana: never again”