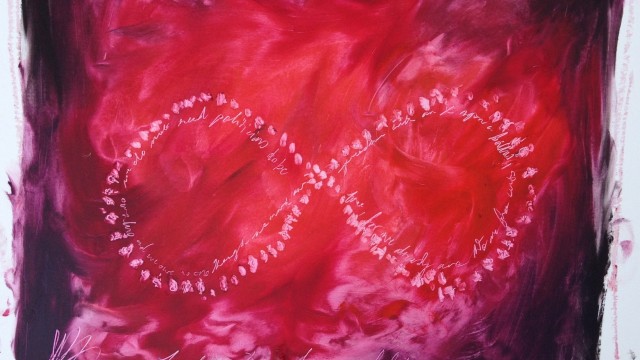 Sometimes it’s much easier for me to articulate my feelings about an event in art rather than words, and Freedom Day is one of them. Most of the commemoration around it has left me feeling empty, as though I am watching glib reprisals of a narrative designed to both comfort the angst-ridden and secure the positions of the powerful (which, as I noted in my PhD thesis, is generally the role of national narratives). I don’t agree with Julius Malema that there is nothing to celebrate on Freedom Day, but freedom, for me, has been tainted by the knowledge of so much wasted opportunity.

We still lack the national myth we need, the overarching narrative that lends a sense of meaning and purpose to the often frightening randomness of daily life. Something that looks forward, not back.

So I decided to paint two works. One is a birds-eye view of people queuing to form the shape of the infinity sign, a motif I often use in my work. The other features a queue of people lined up on a horizon as birds rise in the shape of a V, which is echoed in the red of the landscape to form an X. 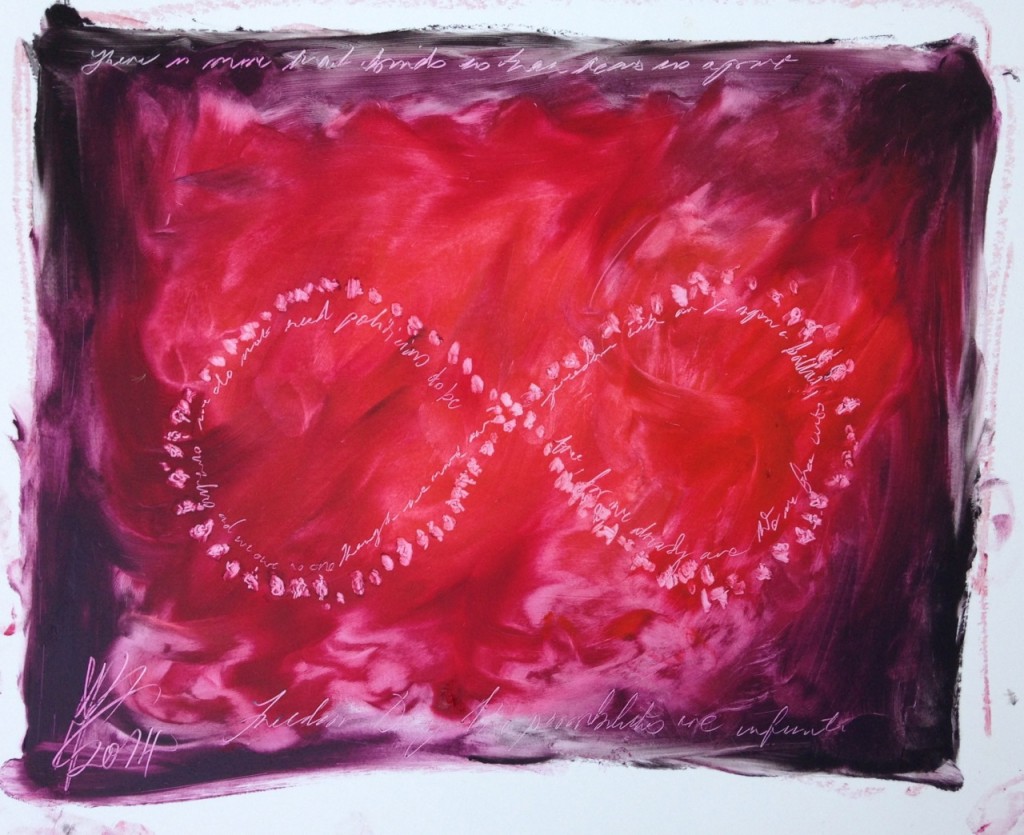 In the first work, the text at the bottom reads: “The possibilities are infinite.”  At the top it reads “There is more that binds us than tears us apart.”

In the middle, in the pattern formed but the queuing voters, the text reads: “Though we mark our freedom with an X upon a  ballot, we do not need politicians to be free, for we are free unto ourselves and we owe no one.”

The text in the second work is much simpler. All it reads is “Freedom Day we hold onto the good things we have.” 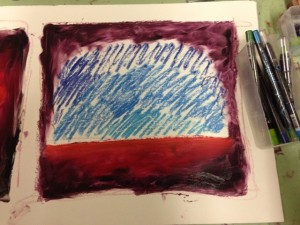 The blue in the sky was created by using eye shadow pencils, which are much more expensive than lipstick and tend to run out sooner – so I’m usually quite sparing in my use of them. 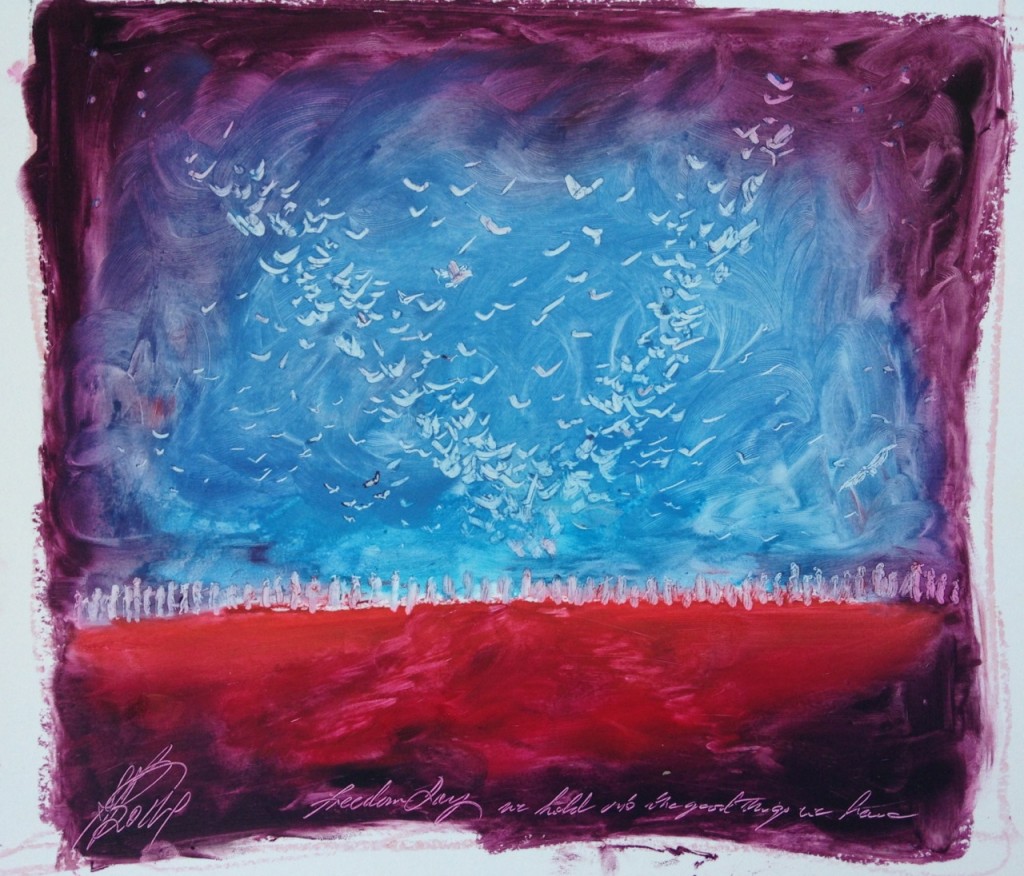